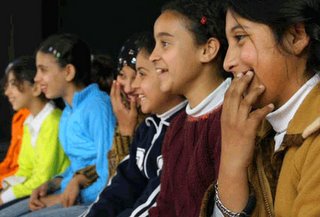 The Freedom Theatre wishes to express its condolences to the Nagnagiyya family for the death of their son Eid (16), who was murdered yesterday, 6 July, by the Israeli army in Jenin refugee camp. The Nagnagiyya family contributed their old house to The Freedom Theatre to host a computer centre. The family offered to renovate the house as a contribution to the children of Jenin. Eid's brother was also killed during the Battle on Jenin in 2002.

The Freedom Theatre also wishes to express its condolences to the El Hannoun family for the death of their son Ammar (16), who was murdered in the same incident, yesterday, 6 July, by the Israeli army in Jenin refugee camp.

The attack of the Israeli army took place at a memorial tent where many people were expressing their condolences to the Qandil family for the death of their son Fida (22), who was killed by the Israeli army on Tuesday 4 July. Among the people in the tent was Zacharia Zubaidi, the leader of the Al-Aqsa Brigades. According to the army the force was intending to arrest him. The special forces acted in a crowded place, injuring 30 people and killing two children. Zacharia Zubaidi managed to flee the attempted assassination.