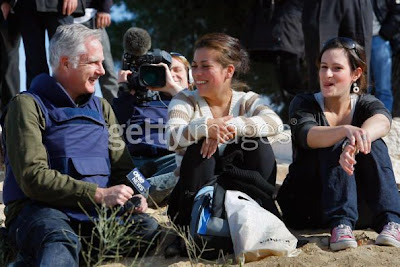 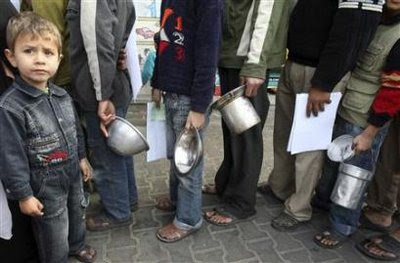 Palestinians line up for food at a UN school in Jabalya while the immigrants from all over the world picnic and watch the carnage.

BBC Video Palestinian doctors depicting children shot at close range by Zionist soldiers, a past time Zionist soldiers have enjoyed throughout their history in Palestine:

"Yesterday at this spot the Israelis shot eight young men, six of whom were under the age of eighteen. One was twelve. This afternoon they kill an eleven-year-old boy, Ali Murad, and seriously wound four more, three of whom are under eighteen. Children have been shot in other conflicts I have covered – death squads gunned them down in El Salvador and Guatemala, mothers with infants were lined up and massacred in Algeria, and Serb snipers put children in their sights and watched them crumple onto the pavement in Sarajevo – but I have never before watched soldiers entice children like mice into a trap and murder them for sport."