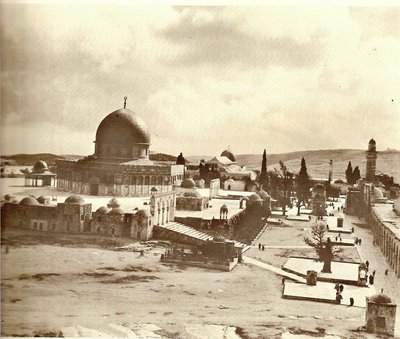 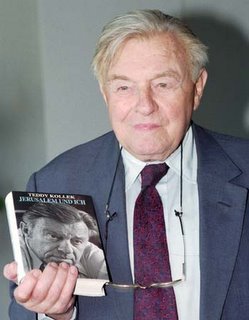 Teddy Kollek, an Ashkenazi Jew, born in Hungary, raised in Vienna, immigrated to Palestine in 1935, hyped in the press as "Mr. Jerusalem," while those Palestinians actually born in Al-Quds, which means God's Choice, are denied entry to the place of their birth and repatriation of their personal property.


Jerusalem born Ambassador Afif Safieh, Palestine's representative to the UK and the Holy See from 1990-2005 and current representative in the United States:

In November 1994, during “Home Again 3” and accompanied by a Franciscan father, I went to the Israeli office in East Jerusalem to present an application for “family reunification”. The governmental official who received me was an Ashkanazi Jew and his secretary an Ethiopian Falasha who had probably arrived in the country the day before yesterday. An unforgettable and extremely painful moment. “They” were to decide whether I had the “right” to reside again in my home- town-- Jerusalem.

In February 1995, my mother, Odette Batato Safieh, got a letter from the Israeli Minister of Interior. One line and a half, in Hebrew, with an Arabic translation beneath it that said: “Concerning the above-mentioned, we have studied the case and unfortunately could not give a positive response.”

Later, to friends who wrote to inquire or to protest, a standard letter was sent saying that they “process in priority cases of minors and spouses”. I was obviously no longer a minor and it was, it seems, a distant relative who had filled in my application . . . My mother.
http://www.jerusalemites.org/memoirs/men/11.htm

Hala Sakakini describes her visit to her occupied Jerusalem home in 1967:

We knocked on the door. Two ladies appeared —one a dark young lady and the other an elderly European lady. We addressed them first in Arabic, but they seemed not to understand; so we asked them if they spoke English, but they shook their heads; so we started to talk in German and the elderly lady understood. We tried to explain: "This is our house. We used to live here before 1948. This is the first time we see it nineteen years ..." The elderly lady was apparently moved, but she immediately began telling us that she too had lost a house in Poland, as though we personally or the Arabs in general were to blame for that. We saw it was no use arguing with her. We went through all the house room by room - our parents' bedroom, our bedroom, Aunt Melia's bedroom, the sitting room and the library (which were now one large room, as the wall between them had been pulled down), the dining room, the kitchen. The house was more or less in good condition, but everything was so different. It was no more home.

We went out to the verandah again. The little children swarmed around us and made happy noises, but we stood there as in a daze looking across the street and the square at our neighbours' houses - the Sliheet house, thc Sruji house, the Tleel houses. lt is people that make up a neighbourhood and when they are gone it will never be the same again. We left our house and our immediate neighbourhood with a sense of emptiness, with a feeling of deep disappointment and frustration. The familiar streets were there, all the houses were there, but so much was missing. We felt like strangers in our own quarter.

Comments:
I have witnessed much the same reaction of an
old Armenian visiting his former neighborhood in Cairo,
that used to be an European quarter that changed its character and now is totally Arab.

Colonisers and minorities lost their lands and rights as Arabs liberated their countries.
But in Palestine Arabs failed, Jews liberated that land.
Some gain, some lose...

Sorry, but, personally, I have no more sympathy to
Palestinian Arabs than I have to Algerian French,
Rhodesian English, Prussian Germans.

anonymous said anonymous is an idiot.
sorry, but, personally, i have no sympathy for dumb.

There's a difference, anonymous:
The Algerian French, the Rhodesian English, and Prussian Germans do not spend their lives blaming others for their misfortunes - they moved on and built lives and identities in the new places.
And so did the numerous Jews who fled the Arab countries in 1948 and beyond.

The difference is, Israel welcomed them and integrated them, while every Arab state rejected and keeps rejecting the Palestinian Arabs. Perhaps it's time they accord their brethen the same dignity and rights as Israel did to its fellow Jews from Arab countries (and as British did for the Rhodesian, French for the Algerians, etc etc...)?

At this Christmastime I am reflecting on the first Christians. Jesus and his disciples first conversions were among the jews. They were so successful that much of the Holy Land was Christian for many centuries. I have always wondered what happened to those Christian jews? Did the orthodox jews immediately stamp the Christian jews as apostates and send them beyond the pale, where they evenutally became Palestinian Christians? Thruot history, the Arabs somehow accommodated their Christians. This is something the jews never did. Where ARE those jewish Christians?

Some more soulsearching coming up: My background is Lutheran. The Lutheran's historical home is Wittenberg, in Germany. All this Christmastide I have been waiting for that special feeling that will make me want to make alya to Wittenberg and displace some unsuspecting German from his lands so that I can live in my spiritual home. Just how do you jews with homes in the Ukraine and Flordia manage it?

All you've told us is that you have no special feelings and your life has been a fraud.

And as your God, Luther, was a antisemite, it is no wonder you are.

Kassandra
your post is right on; in a way it is funny-yes how do they do that? Oh yes, we know!!!

Last Oktober I happened to check out Luther’s 95 Theses at the Schlosskirche in Wittenberg- quite interesting indeed.
More astonishing was to notice the Mosque which is in the process of being finished outside of Wittenberg soon to house Moslem immigrants to Europe, especially to Germany where they found a tolerant (for the most part) permanent home.
Imagine, they did not have to stoop so low to raze one German house or bulldoze any orchards in order to build this house of worship.
Gosh, how did THEY do THAT?