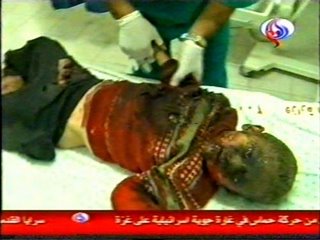 "Hamas ensures further bloodshed by indoctrinating Palestinian children. They are not born hating, but from the age of 3 their radical leadership incites them to murder. The hate pervades the educational system, TV broadcasting, summer camps, children's trading cards, movies, music, even games that make martyrdom a major theme."

As an enlightened Palestinian-American, I heed the words of Morton Zuckerman and will indoctrinate my children that all they need is love . . . maybe the folks in the old country will catch on.

I love racism. I love apartheid, especially big, ugly walls. I love dehumanisation, I love that there is no such thing as a Palestinian almost as much as I love Israeli hummus and falafel. I love bigoted Russian, American, and European immigrants who live on stolen land. I love American Zionists who go to Israel to kill Palestinian kids, young men, and old people. I love rich newspaper owners who spin genocide. I love the ignorance, indifference, and apathy among Americans that provides an audience for Mr. Zuckerman while Palestinian men, women, and children are being maimed and killed by new weapons with which doctors have no experience, the weapons which cleanly trim the limbs from the body, like a razor. I love toxic Zionists who spew words inciting idiots to cheer the genocide of Palestine's true heirs. Most of all, I really love waking up in the morning to read Morton Zuckerman's inspirational and loving words. Would that we could all be as big hearted as he.