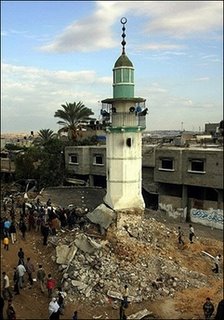 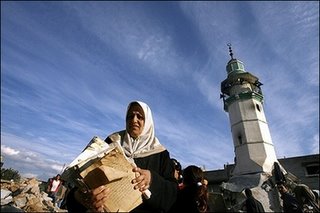 From the United Nations Relief and Works Agency's Site:

Since the year 2000, Israeli military operations have caused extensive destruction throughout the Beit Hanoun area. Preliminary assessments indicate that during the recent siege, dozens of houses were destroyed and hundreds more damaged, in addition to serious damage to the 850 year old Um al-Nasser Mosque in the centre of Beit Hanoun.