'They Behave Towards the Arabs With Hostility and Cruelty' 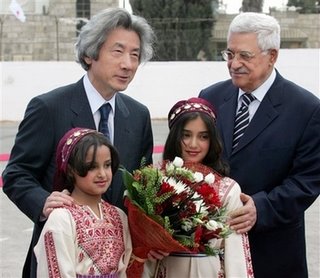 " ....[the Zionist pioneers believed that] the only language the Arabs understand is that of force ..... [They] behave towards the Arabs with hostility and cruelty, trespass unjustly upon their boundaries, beat them shamefully without reason and even brag about it, and nobody stands to check this contemptible and dangerous tendency." Zionist Ahad Ha'Am, 1856-1927, visited Palestine for three months in 1891

"Nothing is safe in Lebanon." Israeli Brigadeer General Dan Halutz

"Israel has already killed some 50 Lebanese all but one are civilians. Israeli record of violence against Arab civilians is quite comparable to that of Al-Qa`idah. I mean that. Both are equally reckless in their killing of civilians, and both use the same justifications for their murders. This is why we now should insist on referring to Israeli killings as old-fashioned, classical terrorism. Pure and simple, just as we refer to Al-Qa`idah's violence as terrorism." As'ad AbuKhalil

IOF conducted 47 incursions into Palestinian communities in the West Bank