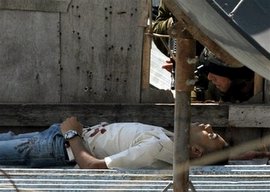 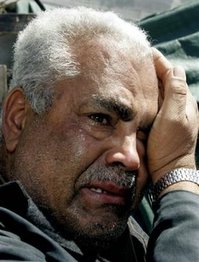 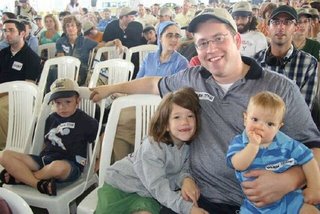 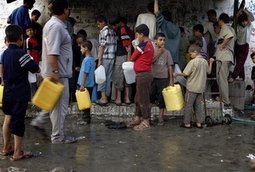 Tamer Qandeel, 21, bled to death this morning defending his refugee camp Al Askar, IOF denied access to ambulance, and shot him two more times before handing over to medics.

240 North Americans immigrated to Israel on July 6, 2006, including the brother of US Ambassador Daniel Kurtzner, who will live on the illegal settlement of Maaleh Adumim. A total of 24,00 immigrants from North America, France,and Britain are expected to immigrate to Israel this year, living on land, ninety-two percent of which was stolen from its indigenous inhabitants.

And the Palestinians of Khan Yunis filling containers with water after the IOF criminally blew up Gaza's only power facility.