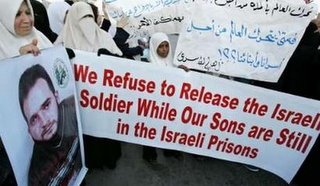 The IOF disappeared from Gaza on Saturday, June 24:

Osama Muammar, who had just returned from studying at a university in the Sudan.
Mustafa Muammar

The IOF beat their fifty-two year old father who had severe injuries according to medical officials at the European Hospital in Rafah.