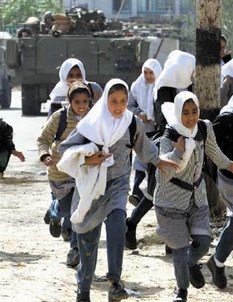 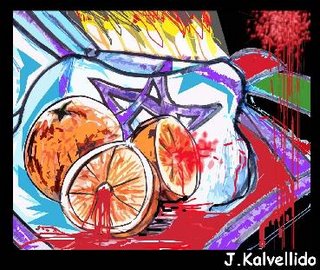 If apartheid was the problem in South Africa, why is it a solution in Israel/Palestine? Mazin Qumsiyeh

Striving for peace divorced from justice is as good as institutionalizing injustice, or making the oppressed submit to the overwhelming force of the oppressor and accept inequality as fate. Omar Barghouti, Palestine Academic and Cultural Boycott Founding Member

To read the comments of Zionist bloggers one would think that Palestinians didn't favor the Academic and Cultural Boycott, that it was all the doing of outside agitators like Nicholas Rowe (never mind that many of those who say that Rowe's from the outside are transplants to Israel from all over the world), who sent an e-mail to this blogger, who was upset because of Dance Magazine's cultural boycott of an Israeli Dance Troupe. One of the Zionist bloggers pooh-poohs Rowe:

Nicholas Rowe reminds me of a conversation I had with a Palestinian journalist in Ramallah last week. The Palestinian journalist really went off on the foreign volunteers who come to the PA with their partisan agendas. "We need sophisticated people with a balanced, intellectual point of view!" said my journalist friend. "These foreigners just throw oil on the fire and they don't know what they're talking about. They're making things worse."

I should add that the other Palestinian journalists who were sitting with us in the Ramallah cafe agreed with him.

Omar Barghouti provides compelling reasons for supporting the Palstinian Academic and Cultural Boycott here and the entire call for boycott is here.

View the signatories to the Palestinian Cultural and Academic Boycott which is endorsed by "the Palestinian political parties, unions, associations, coalitions and organizations below represent[ing] the three integral parts of the people of Palestine: Palestinian refugees, Palestinians under occupation and Palestinian citizens of Israel."