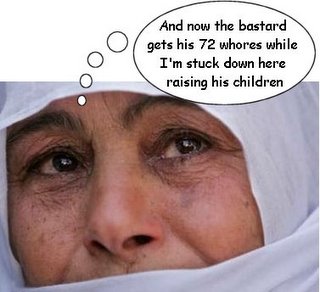 Photo of a mourning Palestinian woman with the words provided from the blog of an American who settled in Palestine.

Anyone who wants to see what a contemporary racist tract looks like should read the piece by Nathan Sharansky in today’s LA Times. It is an altogether hateful diagnosis of the supposed ills of Palestinian society from a symptomatically Israeli point of view.

In any case, although Sharansky’s piece is indeed particularly hateful, it includes the two ingredients essential to what has become the standard Israeli representation of the Palestinians and the Palestinian-Israeli conflict: first, a set of racist generalizations about an entire people, liberally peppered with terms like “fanatical,” “tyrannical,” “dangerous,” and of course a good splash of “terrorism;” and, second, a self-satisfied granting of absolution to Israel and Zionism.

On this view, what’s “wrong” with the Palestinians isn’t just that they are supposed to be a seething mass of fanatical religious enthusiasts with nothing on their minds but killing Jews, but also that this malaise can be “explained” as though the Palestinian people were living in isolation from the world, in a kind of bubbling stew of religious and cultural hostility, hatred, anger, and irrationality that’s entirely their own invention.

You would not know from reading Sharansky’s piece that the Palestinians (that is, the ones not scattered into exile when they were deliberately and forcibly cleansed from their homeland by Sharansky’s predecessors in the Zionist movement in the 1940s) are living under Israeli military occupation. You would not know that that occupation has taken its toll on Palestinian life. You would not know that a Palestinian can’t work, can’t farm, can’t water his fields, can’t tend his crops, can’t harvest his olives, can’t build a house, can’t dig for water, can’t ship his goods, can’t drive his car, can’t use half the roads in his own territory, can’t visit his auntie in the next village, can’t send his kids to school, can’t go to his mosque or church, can’t enter Jerusalem, can’t find work, can’t get medical care, can’t travel, can’t go for an evening stroll—in short that he can’t live a recognizably human life—without the permission of the Israeli army. This is not to mention that he lives under constant threat of attack, arrest, and bombardment. (Do you know that Israeli air force jets regularly fly low over Gaza in the middle of the night, terrifying sleeping children by breaking the sound barrier for no reason other than sheer sadism?) .

None of this matters for the high-minded Sharansky. The faults of Palestinian society are entirely self-inflicted: Palestinian children aren’t politicized by an occupation (occupation? what occupation?!) that rouses them from their beds with sonic booms in the middle of the night, that swoops down on their neighborhoods with rockets and bombs, that confines them to their homes—the ones that haven’t been deliberately demolished by 60-ton bulldozers—for literally weeks at a time in collective punishments, that forbids their free movement, that has reduced them to the edge of impoverished malnourishment, and so on; no, Sharansky insists, Palestinian children have to be taught to hate by their parents and institutions.

“Over the previous decade,” he writes, “Palestinian society had become one of the most poisoned and fanatical on Earth. Day after day, on television and radio, in newspapers and schools, a generation of Palestinians had been subjected to the most vicious incitement by their own leaders. The only ‘right’ that seemed to upheld within Palestinian areas was the right of everyone to bear arms.”

The point here of course is not just that Sharansky’s mendacious mis-characterization of an entire society makes absolutely no mention of the Israeli military occupation (for as I said this is an assessment that begins and ends with a self-satisfied sense of Israeli innocence and virtue); it’s that this characterization—shot through with the victor’s smug and high-minded despite for the very people that he has battered and dispossessed—is being deployed precisely in order to perpetuate that battering and dispossession.

As I write this on a typically beautiful southern California morning, however, what bothers me the most is my awareness that Sharansky's mindless racism will be so eagerly lapped up by readers of the LA Times who are eager to have their own hateful thoughts confirmed not merely by an apparent expert, but by one who has built up such a reputation for championing human rights. For them, of course, Sharansky’s message will go down well with their morning coffee.
posted by Saree Makdisi @ 8:57 AM