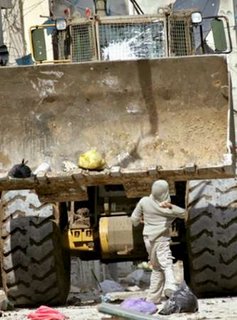 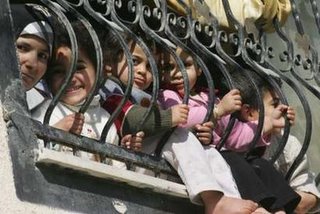 ISM reports that sixteen year old Kamal Khalili was shot in his chest with live ammunition at 11:00 this morning in Balata Camp while throwing a stone at Israeli soldiers. He is now brain dead.

Regarding IOF murders early Sunday morning of Ibrahim Ahmad Mohammad El-Sheikh Issa and Mohammad Ahmad Mohammad El-Natour, both 17, Palestine Center for Human Rights reports that they boys were "killed by an IOF sniper who had assumed position in the house of Jamil El-Tirawi in the middle of the refugee camp and who subsequently fired at the two children. The children had been standing in front of their houses at the time. PCHR’s investigation reveals that there had been no apparent reason for firing at the children, other than the intent to kill. Each was hit with a bullet to the neck. And although demonstrations and stone-throwing do not in any respect justify such responses from the Israeli military, as they do not pose any considerable danger to the lives of soldiers, it is noted that such activities had already stopped prior to the killing."

In its update today on the continuing siege ISM reports "the military has occupied over sixty homes. Families in these homes are completely isolated. "When a medical team tried to see 64 year old Im Imad Mashi who has high blood pressure and has recently undergone a heart operation they were denied acsess. 'the soldiers told us she can die' said Clara a volunteer from Germany."