Israelis Target Poorest of the Poor in Refugee Camps 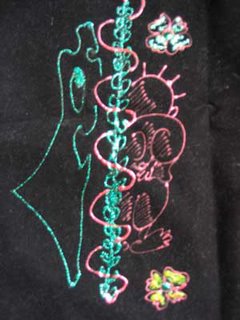 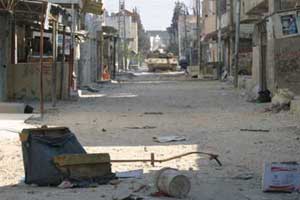 Cloth With Handala From Balata


The Israelis brought us to this psychological state in which we have overcome our dread. The line dividing life and death has been effaced. Naji Al Ali

Israelis have a penchant for targeting, bombing, and murdering the poorest of the poor...the people whose houses they stole and whom they ethnically cleansed in 1948 and again in 1967. The famous Palestinian cartoonist, Naji Al Ali wrote about his experiences as a child in a Ain Al Hilweh refugee camp:

I am from Ain Al-Helwa, a camp like any other camp. The people of the camps were the people of the land in Palestine. They were not merchants or landowners. They were farmers. When they lost their land, they lost their lives. The bourgeoisie never had to live in the camps, whose inhabitants were exposed to hunger, to every degradation and to every form of oppression. Entire families died in our camps. Those are the Palestinians who remain in my mind, even when my work takes me away from the camp.

He recounts the Israeli invasion of Lebanon in 1982:

The Israeli invasion was so brutal that many took leave of their senses. One day, on my way home, I saw a man walking around naked. People were looking at him aghast. I called out to Widad, my wife, and asked her to fetch me a shirt and a pair of trousers. The man was larger than I, so I fetched one of my larger shirts and a pair of trousers from one of the neighbours and we put them on him. I asked him some questions, but he remained silent. After making some inquiries, I learned that he was from Saida. After several days of relentless bombardment, he had been forced to leave his home in order to find some bread -- any kind of food -- for his children. He hoped that he could find a store open, because many of the streets in old Saida were covered over and one could walk there in relative safety. The man's efforts had proved futile. There were no stores open. When he returned home, he found that his house had been destroyed, killing his wife and seven or eight children. When the Israelis were taking us to the coast, we passed in front of that house. I noticed a small sign written in charcoal: "Take care! Here lies the family of ..." The man had written the sign himself, because the corpses were still buried beneath the debris.

And the heroic efforts of the youth who defended the camps:

From my inquiries into the circumstances of the resistance, I learned that it consisted of a group of no more than 40 or 50 youths. The Israeli had burned the camp while the women and children were still inside their shelters. Israeli missiles had penetrated deep inside the camp, claiming the lives of hundreds of children in the camp in Saida. The young men in the resistance group had spontaneously taken an oath to one another that they would die before they ever surrendered. And, in fact, the Israelis never captured a single one of them. In daylight, the Israeli forces would attack. At night, the resistors would strike.

At 2am Sunday morning, over 50 armoured jeeps, two helicopters and a number of tanks/APCs began besieging Balata. Stone-throwing youth took to the streets and continue to resist the invasion.

Two of the youths were murdered for defending the poverty stricken refugee camp. I have written about them here.

The Israeli Army searched homes in Balata on the night of Tuesday 14th Feb, in particular searching for Wa'el Mesheh. Failing to find him, they arrested his younger brother Tha'er to put pressure on the family.

Tha'er (21) is being held in Ofer prison without charges. He frequently worked with the balatacamp.net collective both on films and on youth projects.

Symbolic of the struggle for Palestinian justice is Naji Al Ali's famous character, Handala, who was introduced by Al Ali: I am Hanthala from the Ain Al-Helwa camp. I give my word of honour that I'll remain loyal to the cause..."

Al Ali continues: The young, barefoot Hanthala was a symbol of my childhood. He was the age I was when I had left Palestine and, in a sense, I am still that age today. Even though this all happened 35 years ago [today it would be 57 years ago], the details of that phase in my life are still fully present to my mind. I feel that I can recall and sense every bush, every stone, every house and every tree I passed when I was a child in Palestine. The character of Hanthala was a sort of icon that protected my soul from falling whenever I felt sluggish or I was ignoring my duty. That child was like a splash of fresh water on my forehead, bringing me to attention and keeping me from error and loss. He was the arrow of the compass, pointing steadily towards Palestine. Not just Palestine in geographical terms, but Palestine in its humanitarian sense -- the symbol of a just cause, whether it is located in Egypt, Vietnam or South Africa.