All That's Left to You 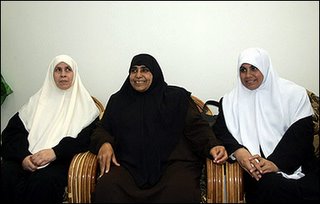 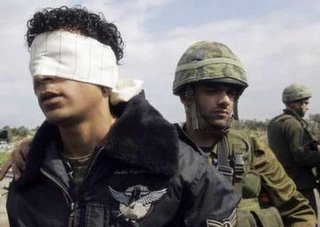 I represent the 'light unto the nations.' And Dennis Ross says Palestinians need to get "out of Israeli life"!

"The propagandist's purpose is to make one set of people forget that certain other sets of people are human." Aldous Huxley -(1894-1963) via Tom

All That's Left to You is a title of a novella by Ghassan Kanafani, the gifted and revered Palestinian writer who was blown up in his car along with his teenage niece by Israel's Mossad prior to the events that occurred at the 1972 Olympics in Munich. All that's left to you. The expression has been rolling around in my head for a few days in light of statements emmanating from the US and Israel regarding the measures that they will take to get Hamas to renounce Palestinians' right to resist and instead proclaim Israel's "right" to exist.

No, it doesn't appear as if much at all will be left to the Palestinians if the sold out US Congress, which just passed Sen. Con Res 79, which calls for no direct aid to the PA, by a vote of 418-1, largely "political grandstanding" according to the American Arab Anti-Discrimination Committee since direct aid to the PA is already prohibited, if (or should I just say when) HR 4681, which is in the works by our Congress, better known as "occupied Israeli territory," passes.

HR4681 contains provisions according to ADC which

"include restricting US humanitarian aid; designating Palestinian territory as a 'terrorist sanctuary' thus triggering restrictions on US exports;

"prohibiting official Palestinian diplomacy or representation in the United States in a way counter-productive to promoting dialogue and a just peace;

"reducing US dues to the United Nations because some of its bodies were created by the UN to advocate for Palestinian human rights;

"and denying Palestinians the ability to receive assistance through international financial institutions."

Dennis Ross, aka "honest broker," right there in Congress' amen corner, doesn't want to leave much to the Palestinians either. Parroting Congress' proposal, he advocates cutting off all developmental assistance and relations with the Palestinians until Hamas recognizes Israel's "right" to exist and renounces violence.

In a Council on Foreign Relations interview he says

"The problem is that those who won, Hamas, have a very clear agenda that is not related to getting out of Israeli life, but in fact seeing Israel disappear."

Well, he's right in that Hamas would like to see Israel disappear as a state that violates the human and civil rights of the indigenous people, but what our honest broker does not mention is that Hamas'acts of resistance, none of which have occurred in the past year, are reactions to a very real intrusion of Israel in Palestinian lives...on their balconies, in their schools, in their orchards; surely the guy's heard of the occupation?

"She said the Palestinians needed about 1.9 billion dollars a year and 'it will be interesting to see if that can be gotten from states that are not committed to the peace process.'"

And while even Israel's Defense Minister Shaul Mafuz publicly claims Israel has no intention of cutting off its captives' electricity and water although Israeli politician Avigdor Lieberman is all for it, Ross, disingenuously claiming that Hamas interferes in Israel's life in one article, in another article (he's quite prolific lately in the service of the Zionist state) reminds us of Israel's control over every facet of Palestinian life:

Israel supplies Palestinian electricity and water, and it collects taxes and customs revenue that provide much of the money needed for the Palestinian administration. And Israel controls nearly all access into and out of Palestinian areas.

But, in a show of fortitude and strength that earned them a majority of seats in the legislature, many of the recently elected Palestinians have yet to reverse the "rights"; i.e., renouncing their "right" to resist and proclaiming Israel's "right" to exist.

And, even with "nothing left to them," Palestinians are refusing to submit to Israel and the United States' blackmail.

Dr Azzam Tamimi says even a revised Hamas charter "would still call for an end to the Jewish state and the creation of a Palestinian state on all of mandatory Palestine."

And Aziz Dweik, "chosen by Hamas as the speaker of the new parliament, said the policies of the new government would be based on 'negotiating with the preservation of our right to resist (Israel).'"

Looks as if "all that's left to them," is a provision in the Universal Declaration of Human Rights, and reaffirmed year after year in UN Resolution 194, which Dennis Ross, Condi Rice, Ehud Olmert, the US Congress, and "peace" for a "piece" advocates don't want US taxpayers to know. But I'll tell you, and you'll be hearing it from newly elected Palestinian legislators as well:

All that's left to the Palestinians is to proclaim that they have an inalienable right to return to the place of their birth.

All that's left to the Palestinians is to proclaim the injustice of Israel's "right" to exist on stolen lands.

All that's left to the Palestinians is to proclaim that they have the right to be buried in the village in which they were expelled.

All that's left to the Palestinians is to continue to give voice to the injustice that Jews from Brazil, India, China, the US, France, and all over the world may become an instant citizen in a land to which they have never set foot, while the indigenous people are denied their right to return to the land of their birth.

All that's left to the Palestinians is to expose the fifty-seven year demonisation campaign that has been waged against them for the simple reason that they happened to be living in a land that colonising Zionists from the west coveted.

All that's left to the Palestinians, in spite of a massively funded campaign to vilify and blame the victims, is the simple truth and justice of their cause.

And when you think of it, all that's left to them is quite a bit.