Is It Not Apartheid? 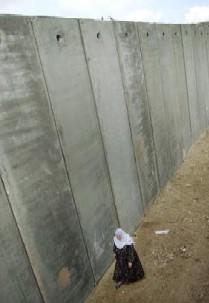 by Mohammed Abed, in Qumsiyeh: A Human Rights Web

Not so long ago, people concerned with justice and human rights – people like you – stood in resistance to two systems of oppression, one of them at home and one of them far away, both linked by their violation of one simple value or principle.

That principle says that the welfare of every human being matters equally. It says that rights must be distributed to every person without regard to the color of their skin, their ethnic origin, their gender, their religion or their sexual orientation.

When people are told to go to the back of the bus because they’re black, we felt ill and disgusted because racial segregation destroys the concept of humanity at the heart of our most basic values. The civil rights movement in this country worked to pull the roots of oppression clean out of the ground.

It didn’t attempt to replace Jim Crow with some less serious form of oppression.

It didn’t suggest that racism here is wrong but racism there is acceptable.

It didn’t suggest that there’s something about Blacks and Whites that makes it impossible for them to live together as equals, and so we should be ‘pragmatic’ and assent to people being uprooted and denied access to their historical communities so that racial segregation could be re-made into a territorial concept.

When the apartheid regime did just that and concentrated blacks into disconnected ‘homelands’ or ‘bantustans’ on a fraction of South Africa’s land area and then turned to the world and said ‘this is self-determination, this is freedom,’ international civil society immediately recognized the new scheme as a new form of an age-old ill.

The problem in South Africa was not this or that policy of the apartheid regime but the institution of apartheid itself.

The problem in the South of the United States was not how segregation was implemented but the idea of segregation itself. Military coercion of South Africa’s black population was the ‘how,’ Apartheid the ‘why.’

Apartheid and segregation are atrocities wherever they occur and irrespective of whom the victims and the perpetrators are. In recent days, we have been told that by removing its military and colonists from 6% of the territory under its control, the State of Israel has made a ‘historical’ concession and taken an important step towards peace with the Palestinian people.

Few people mentioned that the apartheid regime in South Africa had also ‘withdrawn’ from the new ‘homelands’ it had created for blacks while reserving the right to arrest, beat, and brutalize their inhabitants at will.

Few people mentioned that Israel has successfully changed the modalities of oppression to its advantage while the world looked the other way.

The definition of apartheid is ethnic separation without self-determination for the oppressed group, and this is exactly the system of control that Israel continues to implement in historical Palestine, and it is for the sake of consolidating this system that the lie of the Gaza disengagement was born.

While the world’s attention has been diverted, Israel has continued to build its apartheid wall.

It has continued to expand ‘Jewish-Only’ colonies and the apartheid infrastructure that supports them.

In all these areas, whether they have Israeli citizenship or not, Palestinians continue to live without their rights, without self-determination, and without being subject to the values of equality and human compassion applied elsewhere. For those who warn of ‘facile’ generalizations and ‘unwise’ comparisons, I have the following to say:

Is it not apartheid when the main highways in Israel do not have exits to Arab towns and localities?

When the international community was faced with the atrocity of apartheid in South Africa, it responded by making the apartheid regime the target of a comprehensive boycott and divestment campaign. The boycott campaign was the outgrowth of a principled stance in support of human rights and a genuinely impartial concern for the interests of both communities in South Africa.

I am here today to urge all of you towards the same outlook on the question of Palestine. I am here today to urge you to once again engage in concrete political action that will tear down the edifice of ethnic exclusivity that Israel has built in historical Palestine and replace it with political equality and true co-existence. The core values and principles of the anti-apartheid movement became components of a well-articulated and hopeful vision of a joint future for blacks and whites as equal citizens in a new South Africa. If it is backed by concentrated political action, that same idea – an inspiring vision of Israeli-Jews and Palestinian Arabs living together as equals in a shared homeland – can move us past the violence and destruction of the present towards a new era of justice and peace.