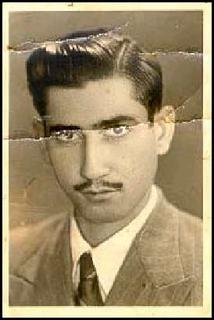 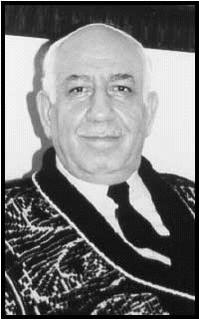 In The Jews of Iraq, Naeim Giladi, an Iraqi Jew who emigrated from Iraq to Israel dispells the recurring bit of Zionist propaganda re Arab Jewish "refugees." Zionist propaganda boasts that Israel took care of its Jewish "refugees" of Arab origin; why can't the Arab states do the same. Zionist propaganda, especially in light of the growing sentiment among westerners that it is simple justice for Palestinians to return to their homes, increasingly would have one believe the simplistic argument that there are an equal number of Arab Jews who were forced out of Arab countries as Palestinian refugees forcibly expelled by Jews. Giladi's book is just one sample of the prodigious amount of information available that dispells the Zionist propaganda, and most of the information activists need to counter the pernicious propaganda comes from Israeli sources. What follows is a brief excerpt from an article written by Giladi based upon his book, The Jews of Iraq. It's a fascinating read.
http://www.inminds.co.uk/jews-of-iraq.html

Tests also showed that the type of explosive used in the Beit-Lawi attack matched traces of explosives found in the suitcase of an Iraqi Jew by the name of Yosef Basri. Basri, a lawyer, together with Shalom Salih, a shoemaker, would be put on trial for the attacks in December 1951 and executed the following month. Both men were members of Hashura, the military arm of the Zionist underground. Salih ultimately confessed that he, Basri and a third man, Yosef Habaza, carried out the attacks.

By the time of the executions in January 1952, all but 6,000 of an estimated 125,000 Iraqi Jews had fled to Israel. Moreover, the pro-British, pro-Zionist puppet el-Said saw to it that all of their possessions were frozen, including their cash assets. (There were ways of getting Iraqi dinars out, but when the immigrants went to exchange them in Israel they found that the Israeli government kept 50 percent of the value.) Even those Iraqi Jews who had not registered to emigrate, but who happened to be abroad, faced loss of their nationality if they didn't return within a specified time. An ancient, cultured, prosperous community had been uprooted and its people transplanted to a land dominated by East European Jews, whose culture was not only foreign but entirely hateful to them.

Comments:
Quick! seize the opportunity! wash your hands of iraqi jew blood, as soon as you can!

sorry to burst your bubble, but it will take more than one self-hating jew to cleanse your conscious about the crimes perpetrated against iraqi jews. already notable scholars like mahmoud abbas and edward said criticized the arab world for treatment of iraqi jews. but you wish to remain behind and continue and try to absolve yourself.

best of luck then,