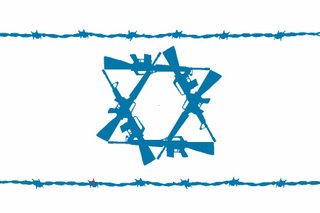 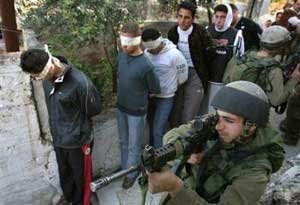 Maudlin mutterings from a recent US Aliyah babe transplant on Israeli "Independence" Day:

I'll leave you with a picture of my flag that I proudly hung outside my window yesterday --the one way up at the top of the building. My flag. My country. My heart is so full.

And it is a strange kind of tears I've been shedding, not entirely sad, although the occasions are sad ones. There is sadness and grief and a sense of terrible loss. Mixed with that are tears that are almost euphoric, strange to say, brought on by a sense of connectedness to the land, to my country, to the stranger standing next to me who is sharing and feeling as I am in just that moment. The euphoria of belonging to a Jewish State, to our long history, to our endurance and survival beyond all odds.

This Southern Bell wallows so in Zionist nationalism that it's painful:

And tomorrow the commemoration of an event so happy that it hurts, the day of our nation's independence.


Maybe she's proud of this:

or her "heart is so full" from this:

"the soldiers cruelly harassed the guard and held him then they run amok in the center, smashed the doors in particular the surgery room, the soldiers urined inside and wrecked havoc to the medical devices."

Or does this elicit "euphoria" in one's country:


This would make any US transplant who feels "home" in historic Palestine in less than one year's time want to dance the hora:

"Israeli occupation forces shot dead Etaf Youssef, 41, a mother of five in the northern West Bank town of Thenabba , east of Tulkarem early on Monday and wounded her two daughters Anssam,18, and Ahlam, 22."

Seems to me the only ones "hurting" in April were the indigenous folk.

The country to which you've "transplanted" your yuppie self is making room for your yuppie relatives, certainly cause for celebration:

"The Israeli Army commander of the West Bank issued three military orders on Tuesday -- to demolish a house and a barn in the West Bank city of Hebron and another in the nearby village of Su'eer; and to confiscate two acres of land belonging to Palestinians from the village of Samu', south of Hebron."

How can any of you Aliyah babes know about this and celebrate?

In a press release issued by PMRS’ Rehabilitation Programme, the organisation said that Israeli soldiers stationed at a temporary checkpoint between Jenin and Qalqiliya fiercely attacked and harshly tortured Mohammad Izzat Qarariyeh.

How is it that Aliyah Babes, fresh off the boat from US suburbia, nauseatingly coo about "home," "country," "flag?"